Free Motion Quilting for a Friend 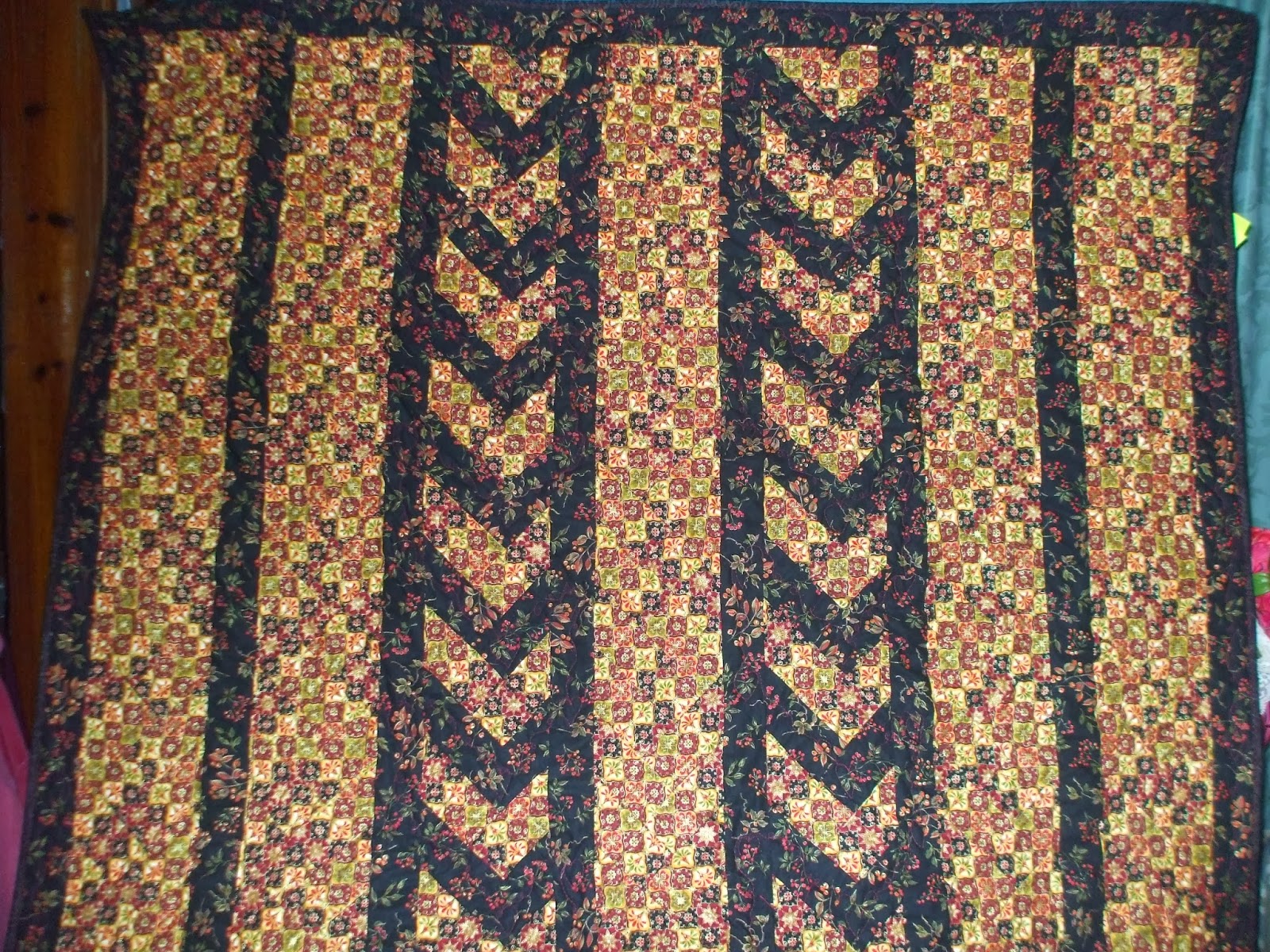 While chatting with a friend on Facebook we got to talking about this quilt that she has had so much trouble with and was asking for my advice ,I told her I wished i could help her but she lives in SC. & I  live in Florida , (she used to live in Winter Haven too) well it came about that she would send it to me to look at and at the same time she asked me to quilt it and I agreed. So she sent it to me with the backing that she wanted to use.
I had taken it with me to Mom's ,we both agreed that it really should be 2 quilts ( back was same fabric as front with one strip of black  braids in the middle. I forgot to mention the pattern is a braid pattern.Anyway we did find where it needed to be corrected on a couple of corners and we said we could use the backing but that it would be smaller than it should be. 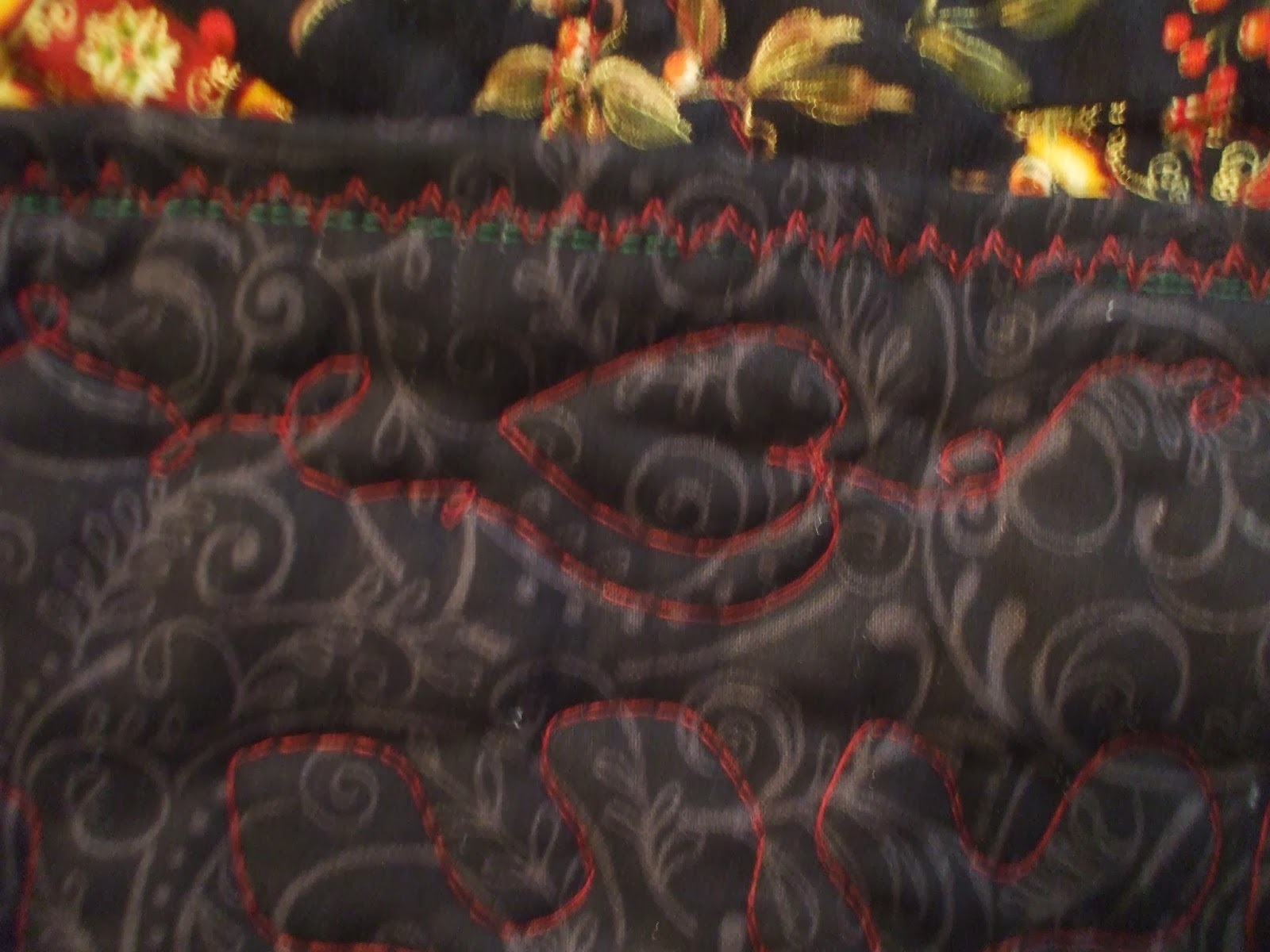 Well when I went to lay it out I found out the backing was and inch too small all around , I was going to make the top part smaller by taking up the seams but I would have had to rip out the top and bottom boarder, Donna would not hear of it , she did not want me to go through all that, so she went to her quilt shop to get more fabric for the back and I should say she brought enough for 3 quilts .
The black above is the backing.Noticed that I did hearts and swirls on the boarder part .I strippled the gold. Then while working on the gold I noticed the black was puckering and in trying to make sure the back stayed flat I failed to make sure about the top so Only quilted  the points on the braid.If I ever do one like this again I will be sure to baste it first.
She got the quilt today and is very happy with what I fixed for her that she could not do.
next week I will quilt the other one that was suppose to be the backing.
On that one I will do the straight line quilting to look like criss cross work and then she asked me to do more hearts and swirls.
Posted by Cheryl at 4:29 PM