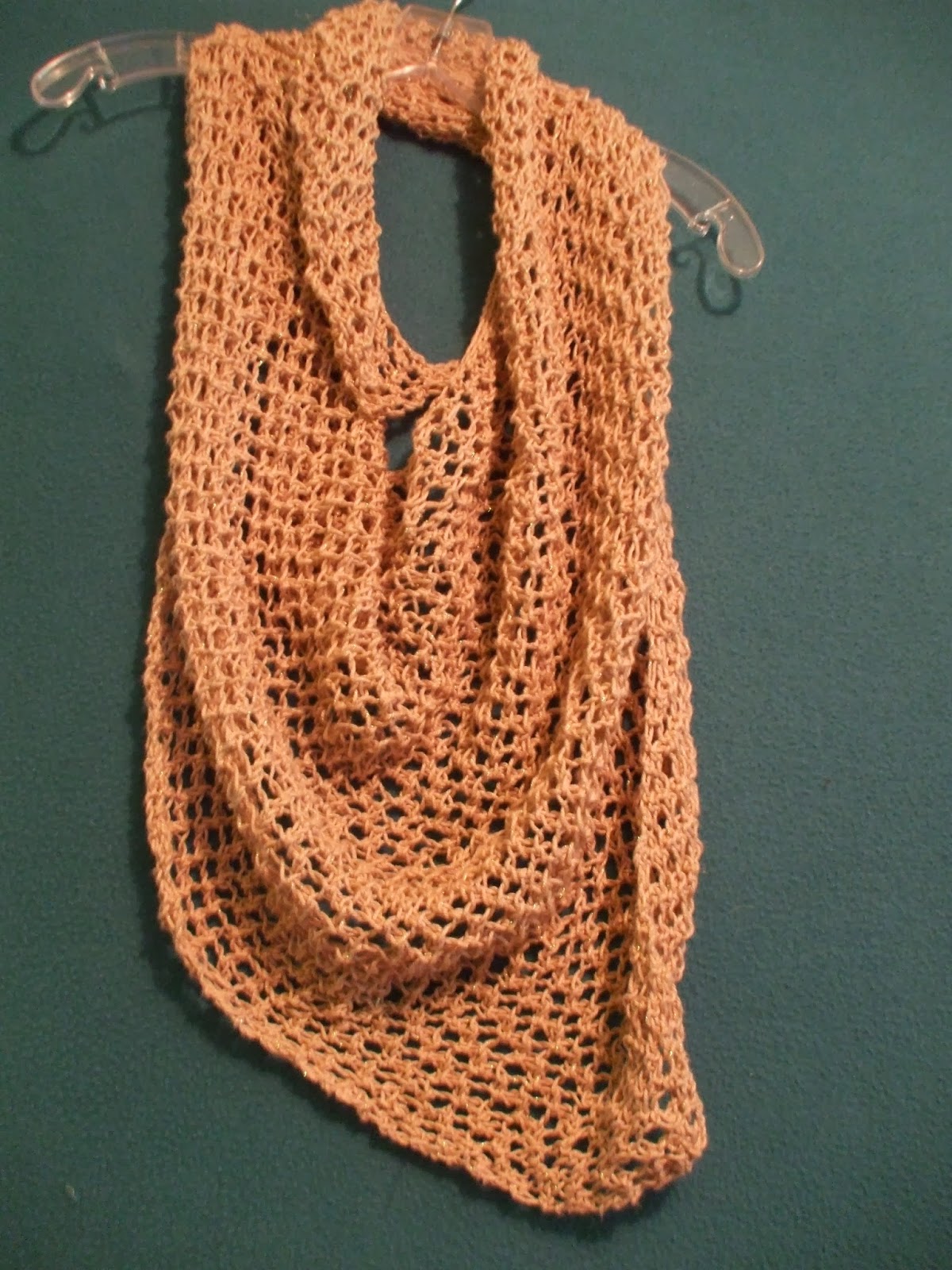 This scarf was made by my Friend Robin Franklin from church , I love how it drapes and it feels so good , if was a gift from her. 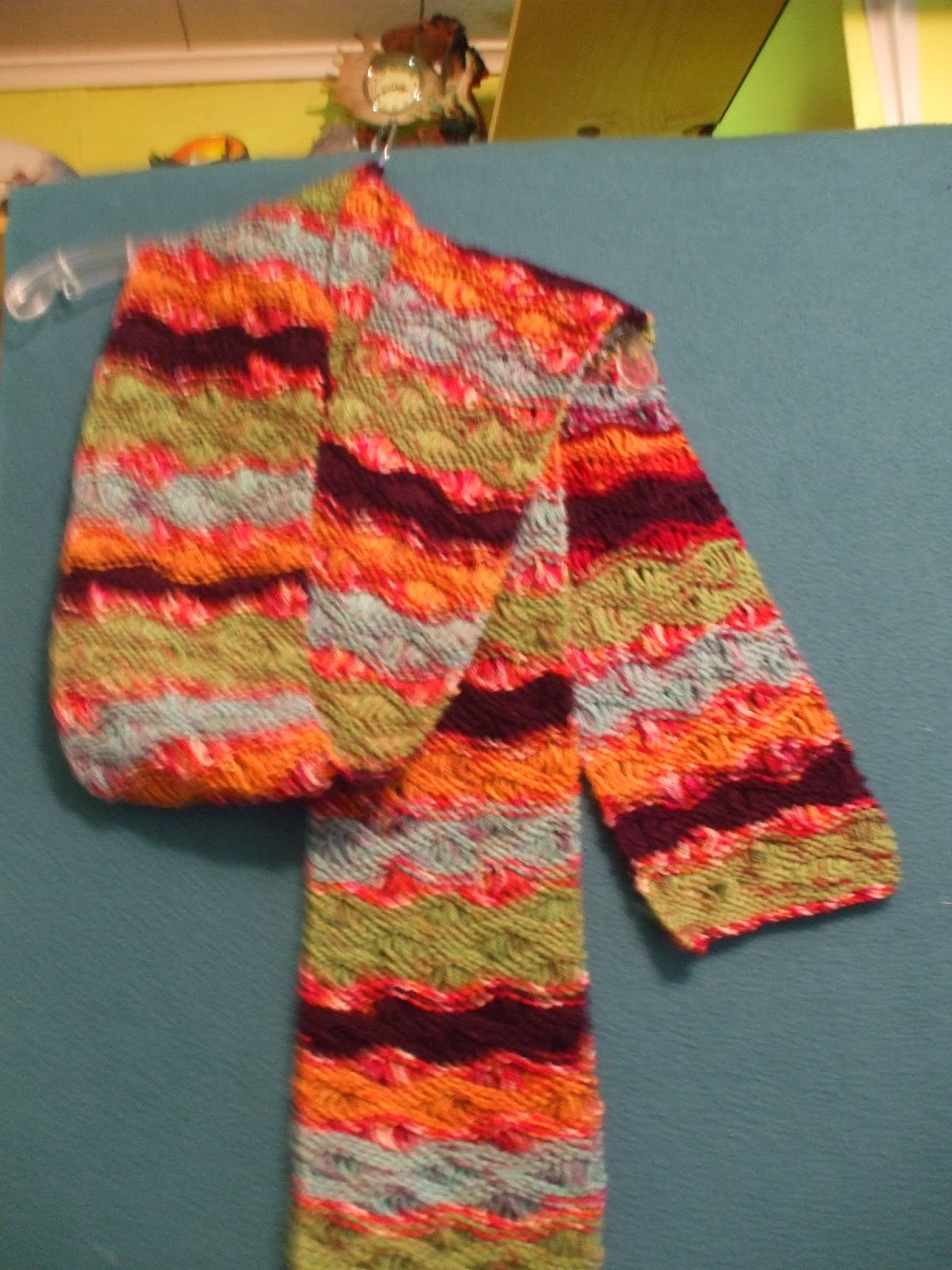 This neck scarf was made by another church friend Tina Seymore , she wore it to church last year ,I made a comment about how pretty it was with all those colors and the pattern, She took it off and gave it to me , I tried to tell her no but she would not let me give it back to her ,I wore it this morning to church because it was chilly .we had frost on the grown this moning but it was only 39 degrees. 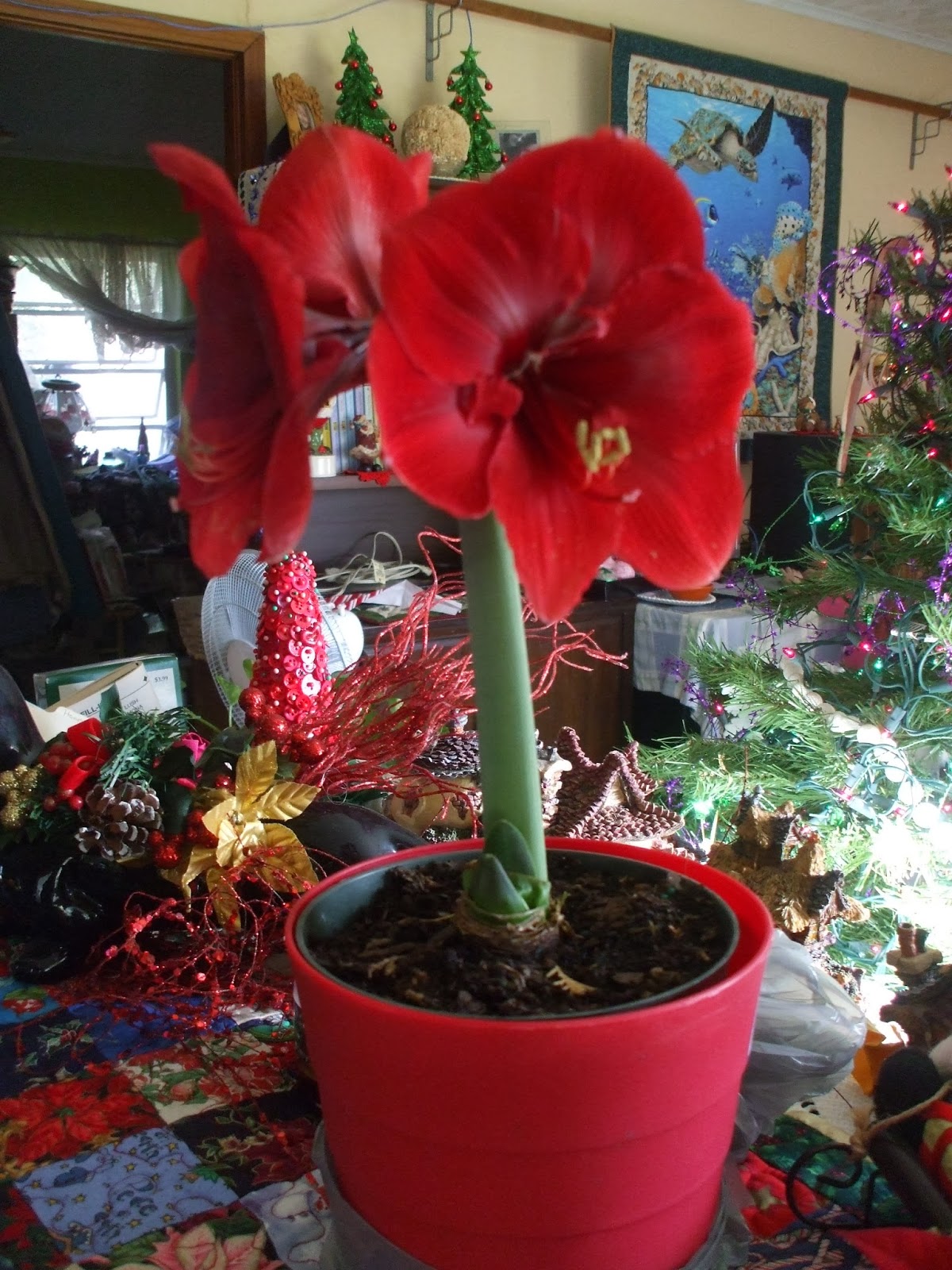 This red Armyllis was one of  two I brought before Christmas , I gave one to my younger daughter for Christmas and kept the other. the blooms were huge ! 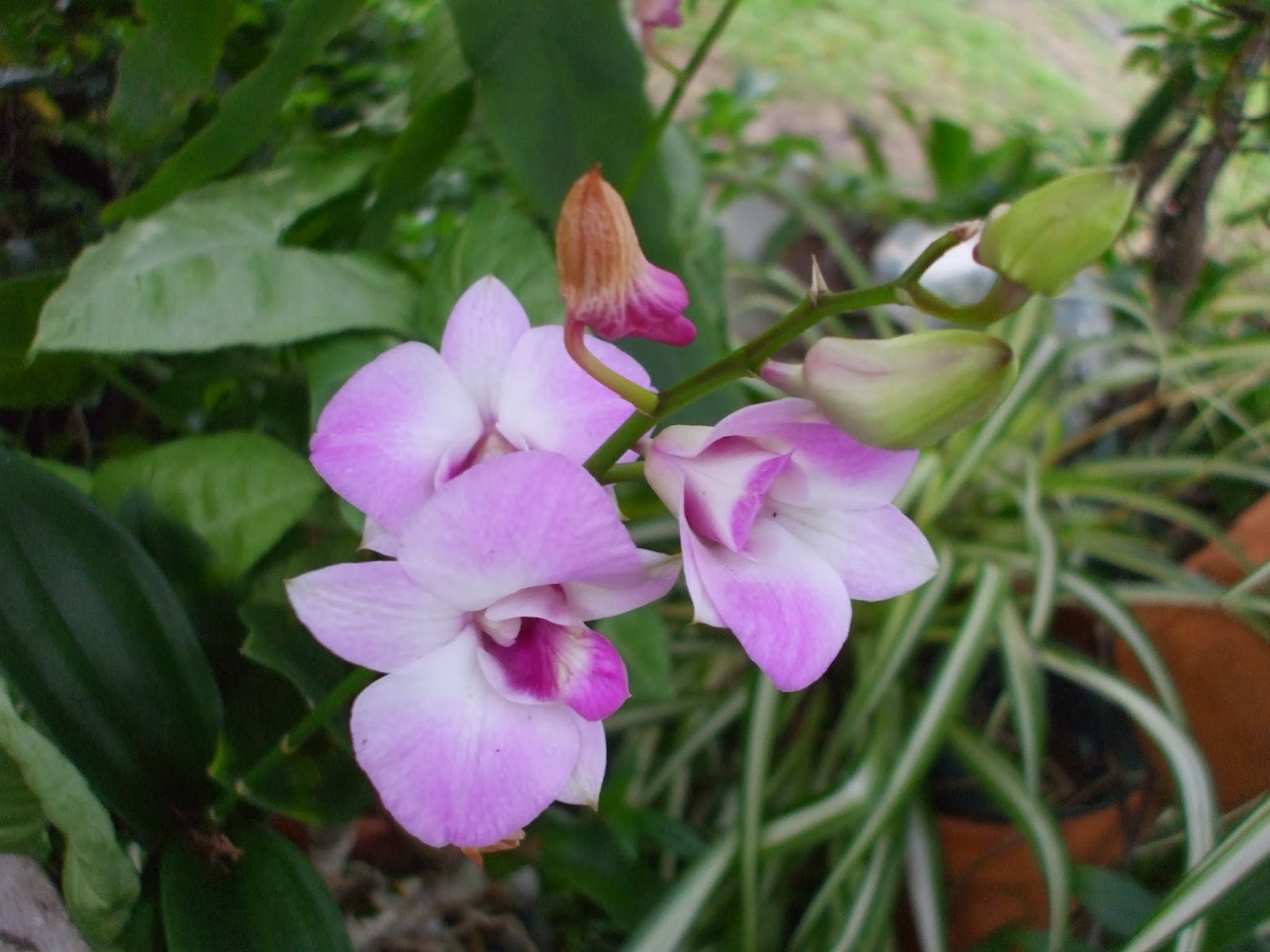 This is the purple Orchid my daughter gave to me ,it finally bloomed last week ,I  am keeping both of them in the house to stay warm. Since there was frost on the ground it did not seem to hit any flowers as they were not frosted, the ones under the trees and close to the house seem fine ,whew!!  However 39 is not freezing to them yet.If it was to get to 32 then I cover them.